At this year ICFF, International Contemporary Furniture Fair, in New York, Noé Duchaufour-Lawrance is pleased to present you Harper, a rocking chair in collaboration with Bernhardt Design.

Bernhardt Furniture Company is celebrating its 125th anniversary in 2014. To mark this occasion, Bernhardt Design honors the company’s heritage of fine wood-working and upholstery craftsmanship.

“For me, designing a new rocking chair is the ideal way to celebrate the heritage, imagination, and craftsmanship of Bernhardt Design.” says Noé Duchaufour-Lawrance. “The Windsor rocking chair, whose complexity and refinement are remarkable, served as my inspiration. I wanted to take essential elements of the Windsor rocker and put them together in a new and different manner.”

“That’s why it was also important to use classic American woods, maple for the spindles and cherry for the structure. The contrast between the two woods enables you to follow the form of the chair and gives an idea of dynamism and even aerodynamism; which is appropriate for a chair that is about motion. In addition to this particular harmony, the other special aspect of Harper is that you can experience something different from every perspective, changing and becoming something new.” 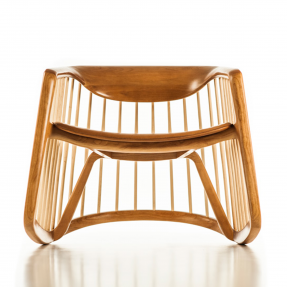 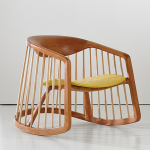 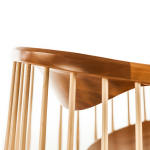 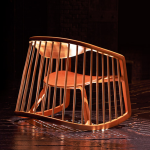 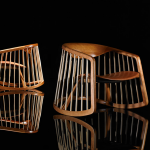 Responding to society’s current and future needs born from modern[...]